Bacteria to make the desert bloom

A new species of the soil bacteria forms a partnership with clover and other important agricultural legumes to fertilise them naturally, according to Perth researchers at Murdoch University.

We will need water-efficient plants that survive in desert conditions. This research is helping to make agricultural legumes more efficient and may one day lead to growing food on Mars.

Currently, agricultural crops are boosted by synthetic fertilisers to increase production, but this comes at a high and unsustainable cost to the environment.

“We have discovered a new group of soil dwelling rhizobia bacteria called Microvirga which can survive in desert conditions and provide food for the legume familiy– which include clover, alfalfa and peas – in the form of nitrogen,” reveals Dr Julie Ardley, a research officer at Murdoch University.

The bacteria lives in the plant’s roots and converts nitrogen from the air into a form the plants can use as a fertiliser.

Over the past 50 years there has been a 10 – 20% reduction in annual rainfall in Western Australia, indicating that we need to develop more water-efficent plants in our agricultural systems.

“To meet the global challenges of providing food and fibre for a rising world population in an environmentally sustainable way, we need to utilise the relationship between the ‘good’ soil bacteria and our crops,” says Julie.

NASA Astrobiology has now funded research on Microvirga to study how life thrives in barren deserts like conditions found on Mars.

This research has been supported by the Centre for Rhizobium Studies and Murdoch University. 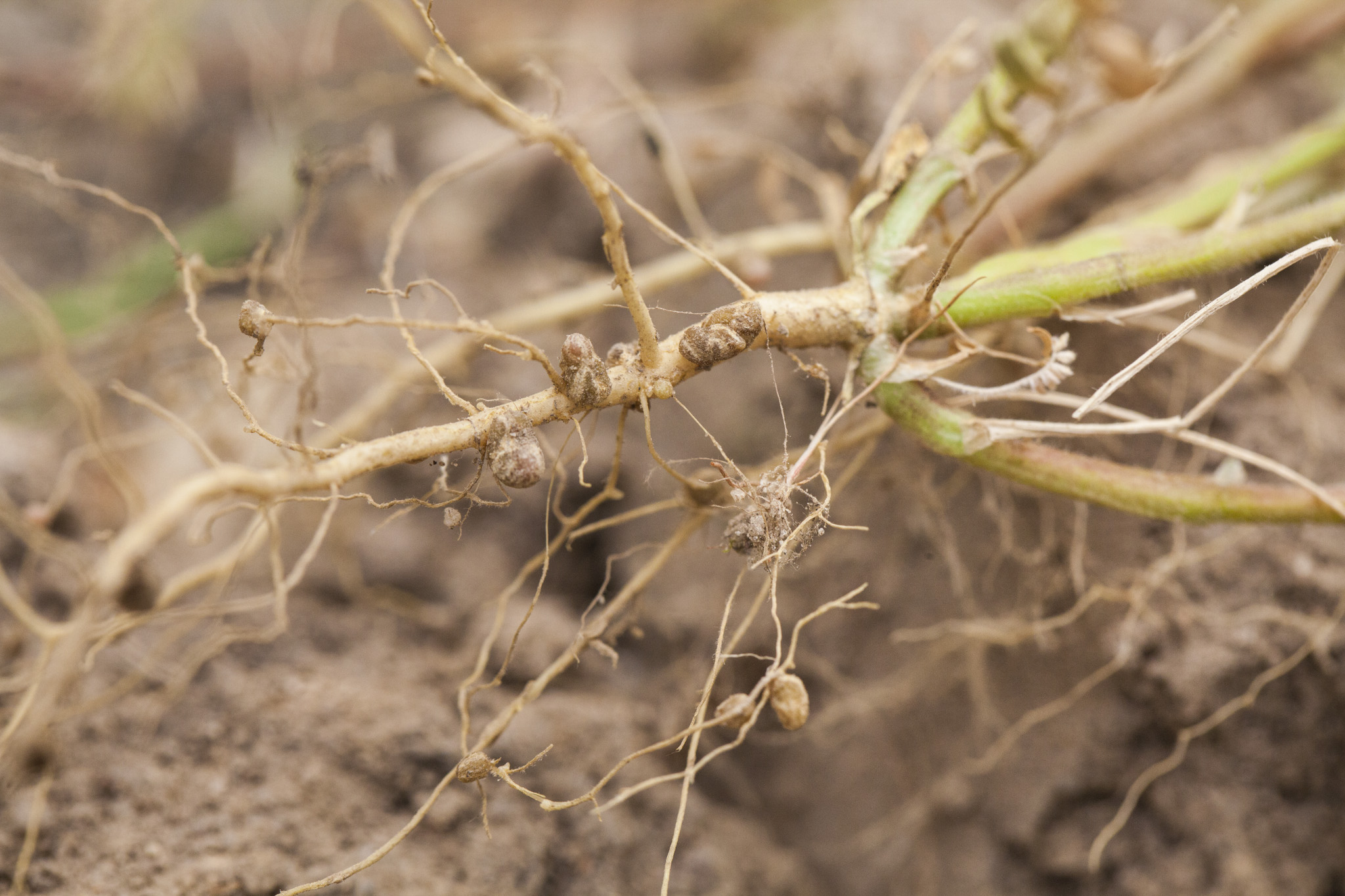 Legumes inoculated with bacteria of the genus Rhizobium induce nitrogen-fixing nodules in the roots of legumes. Wikimedia Commons